The University of Colorado in nearby Boulder is where to find the most beautiful women in Colorado.

Besides the university, the Pearl Street Mall is the place to work your magic. This small pedestrian street is lined with shops, eateries, and bars. Don't even think about lighting up - there is no smoking allowed anywhere indoors within the city limits.

The best bars on Pearl Street include the Rio Grande, Marquee, and Potters. As usual in college towns, the best nights are Thursdays, as many students head to Denver or to the mountains on the weekend to take part in outdoor activities.

The locals you will meet in the summertime are very Scandinavian looking and pretty alternative. Everything is clean and safe and there is almost no crime. Everyone is in shape. They eat right, jog, hike, rollerblade, and power walk. If you're looking for beautiful, fit, and active, you've come to the right place!

I came here once with a friend of mine named John. Now John is a big, strong guy and a violent drunk; never a good combination. He got pissed one night at a girl who blew him off for some hippie dipshit who lived in the back of his Volkswagen smelled as if he hadn't showered in a week. Well, John felt as though enough was enough, and on his way back to the fraternity house at CU, he decided to let everyone know how mad he was. Although he was about 100 yards away and out of sight, I could hear the trail of destruction he was leaving behind. He kicked in the tire of a motorcycle, knocked down a sign, pulled off the door to one of those coin-operated newspaper dispensers, and lifted up the back of a Honda Civic and put it on the sidewalk. Moral of the story? If you want to get girls in Boulder, be a hippie! 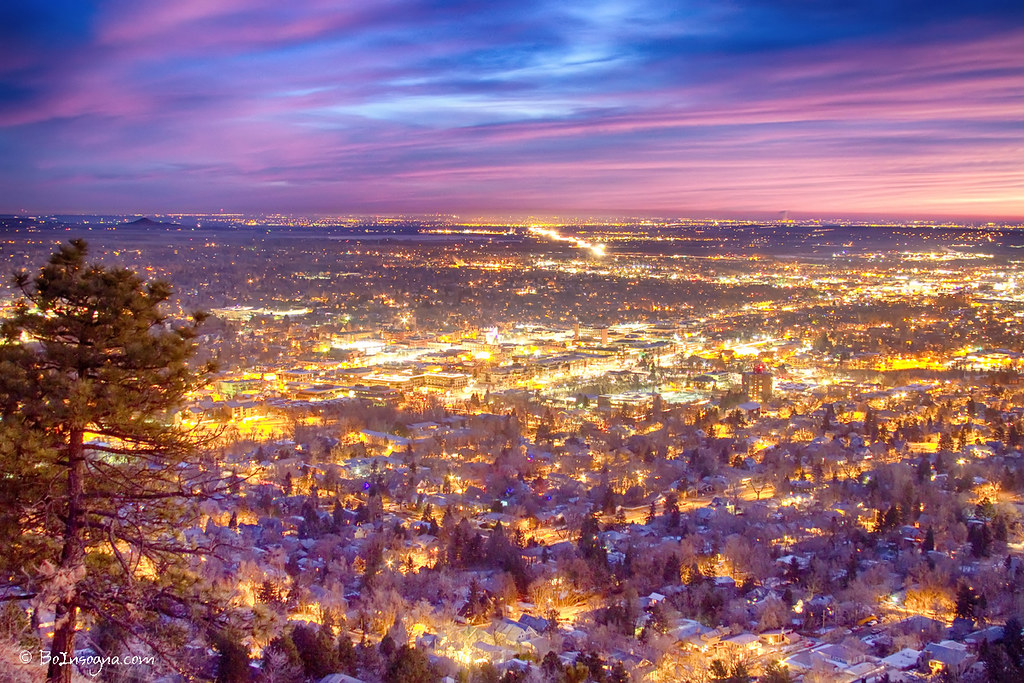 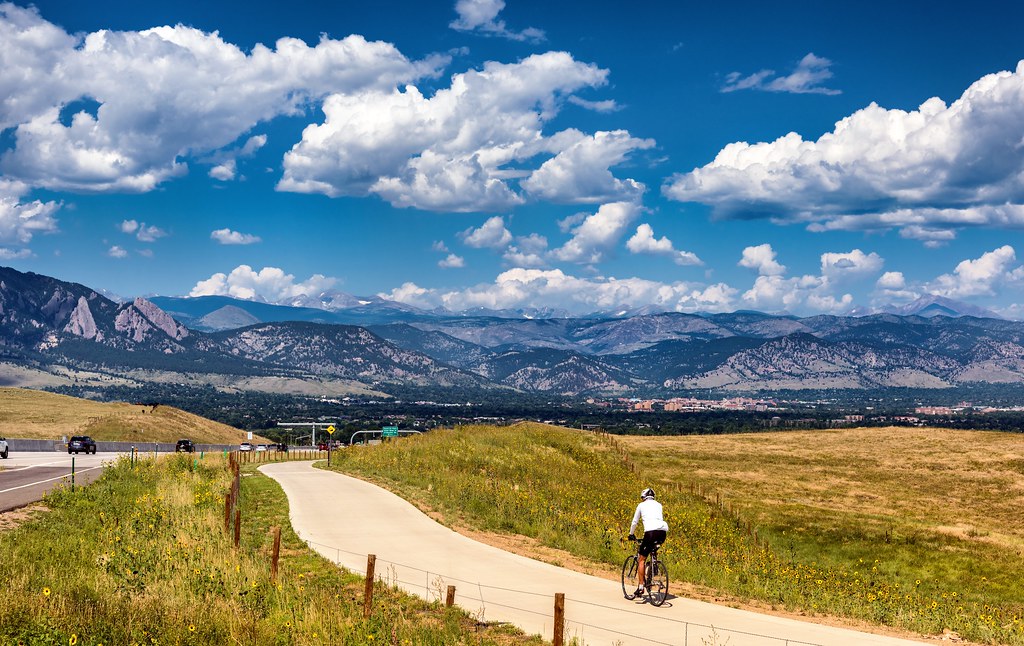 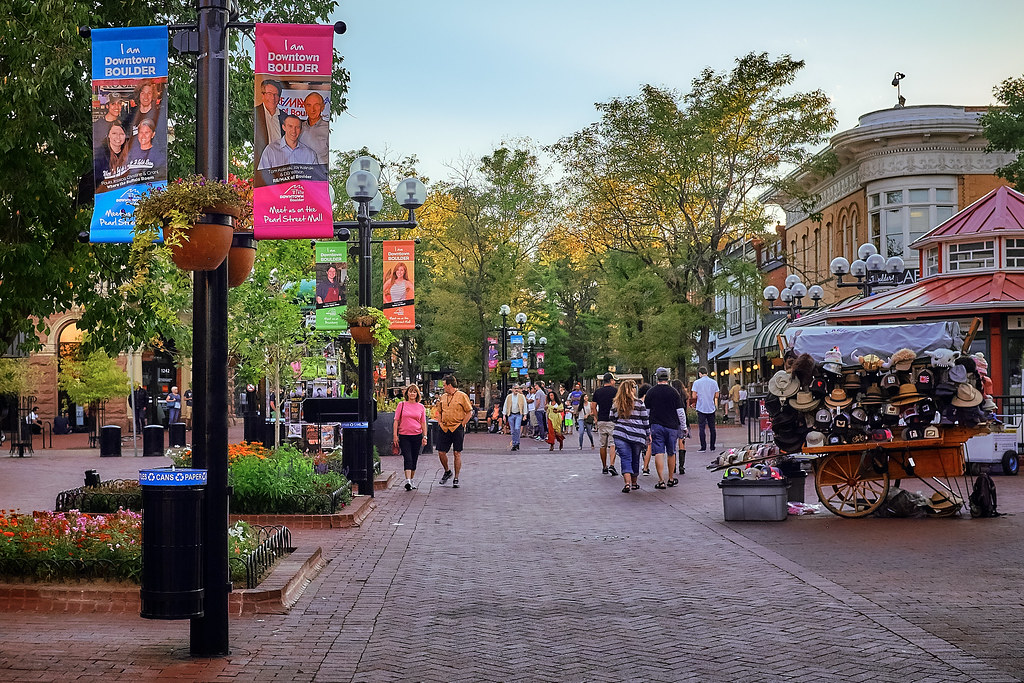 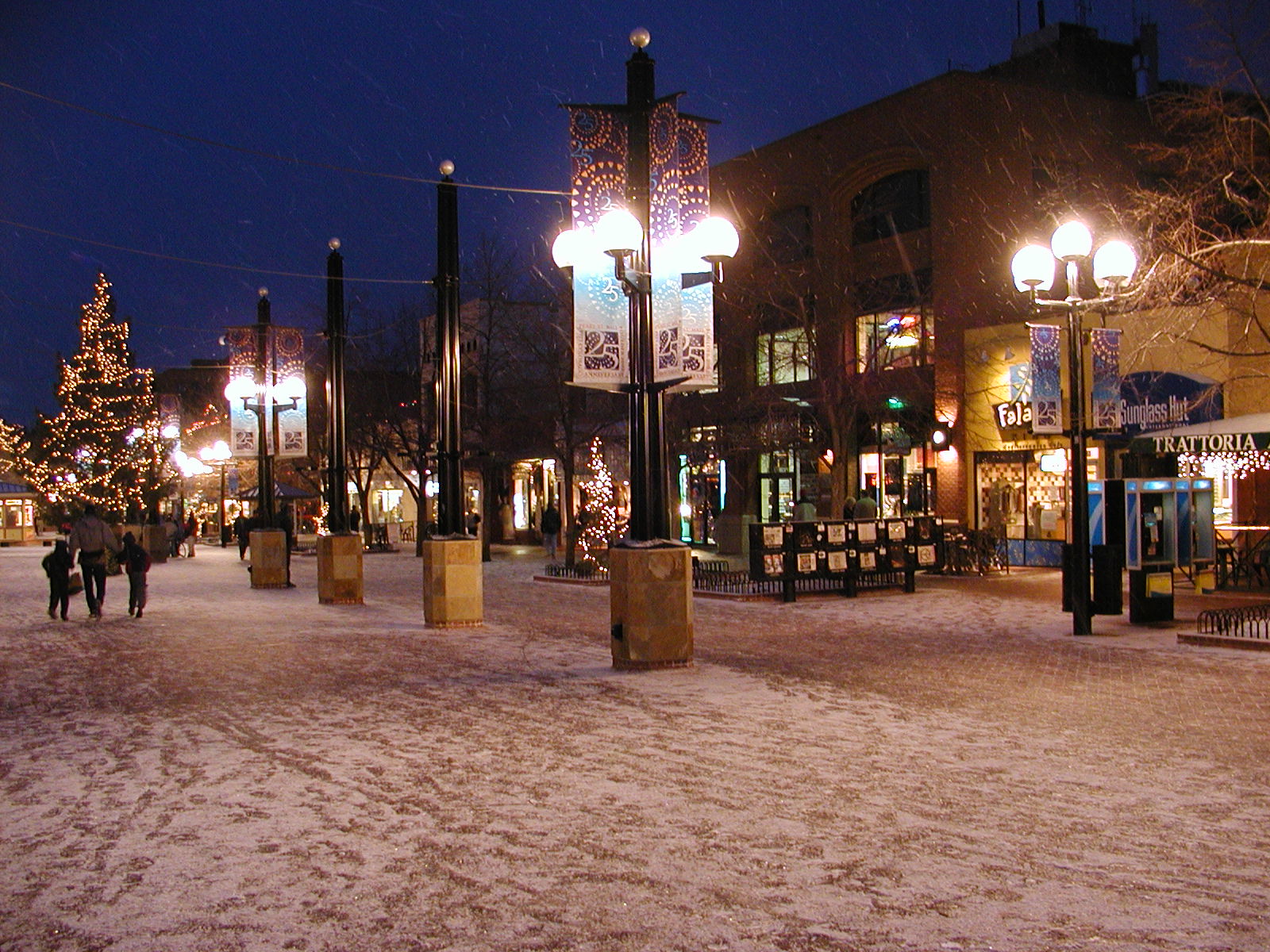 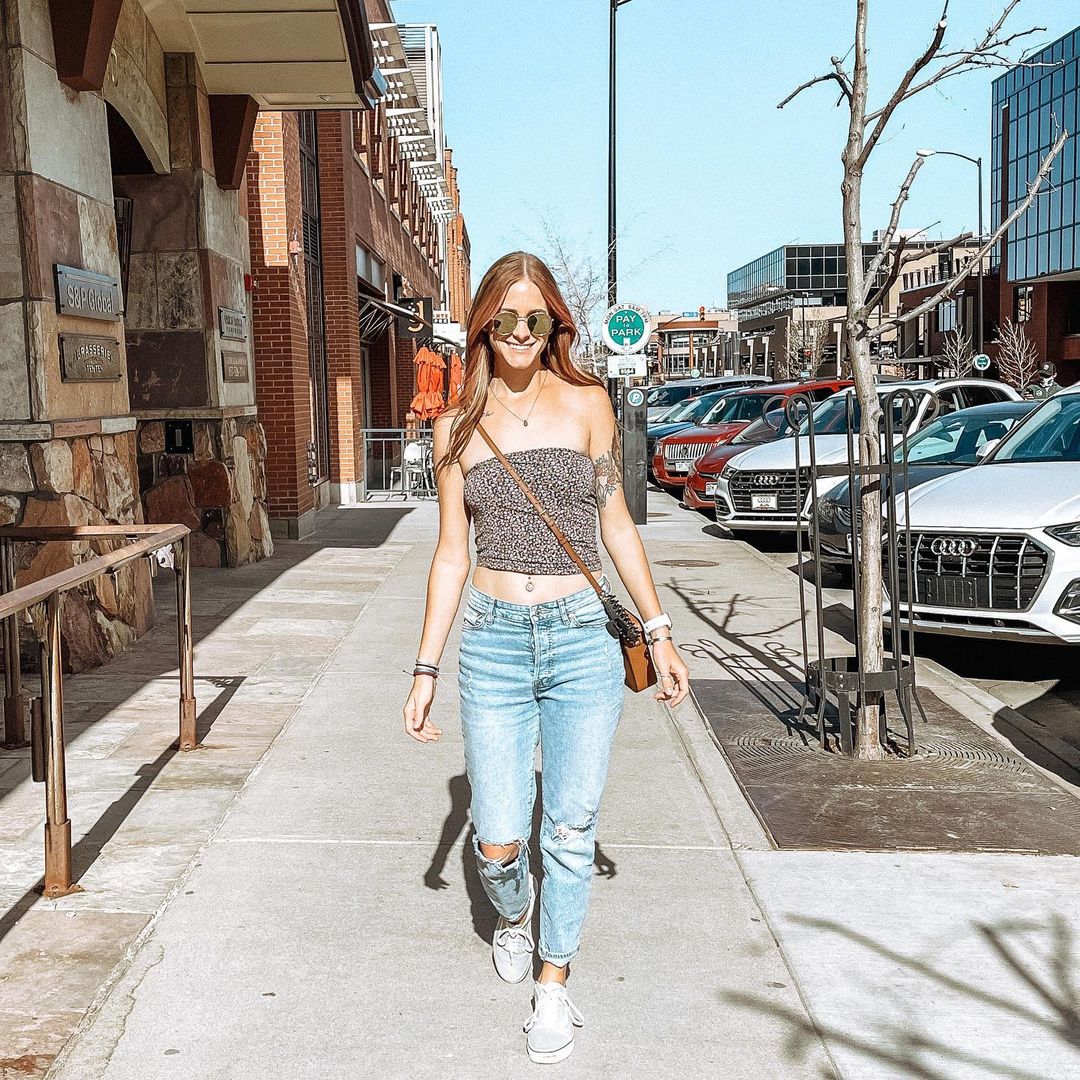 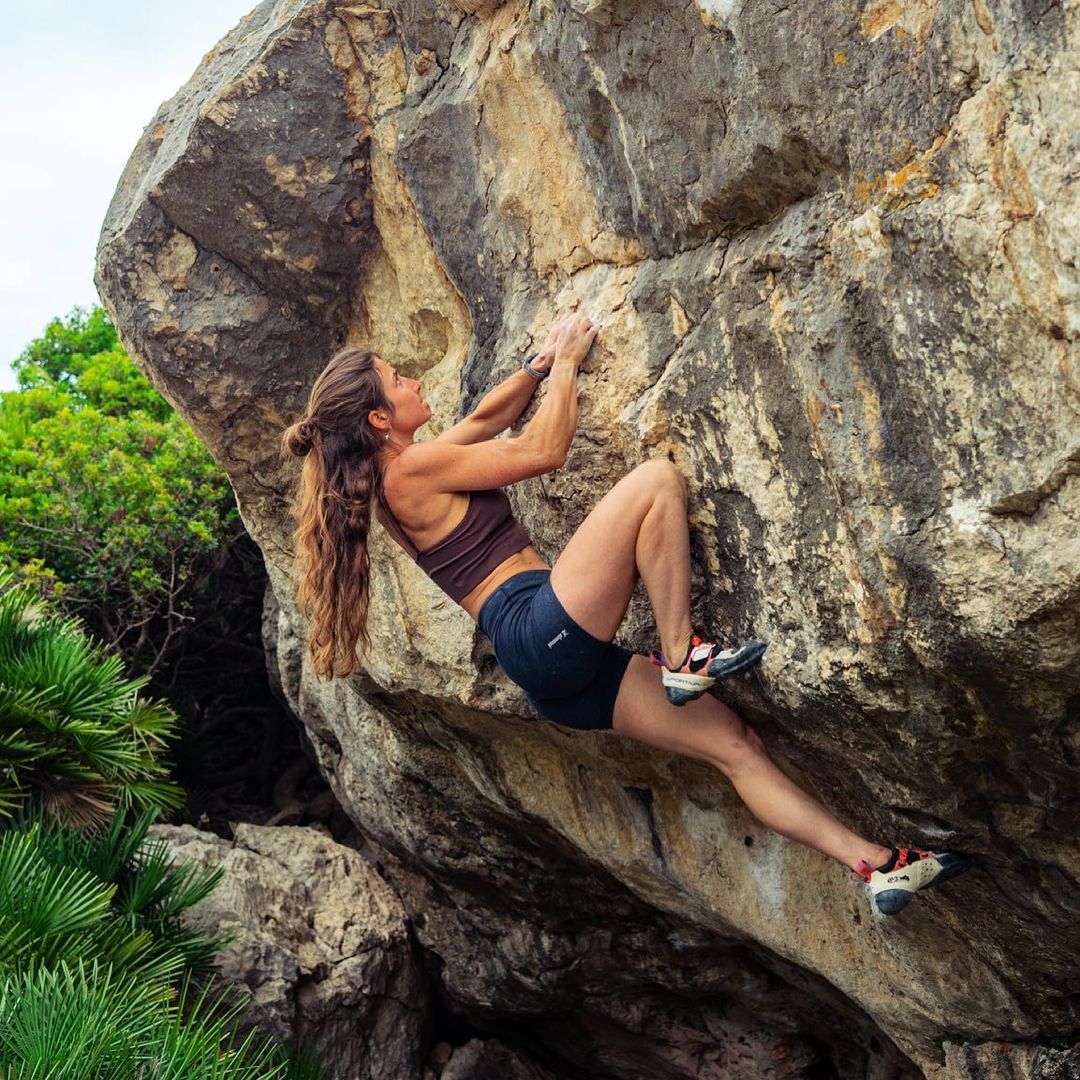 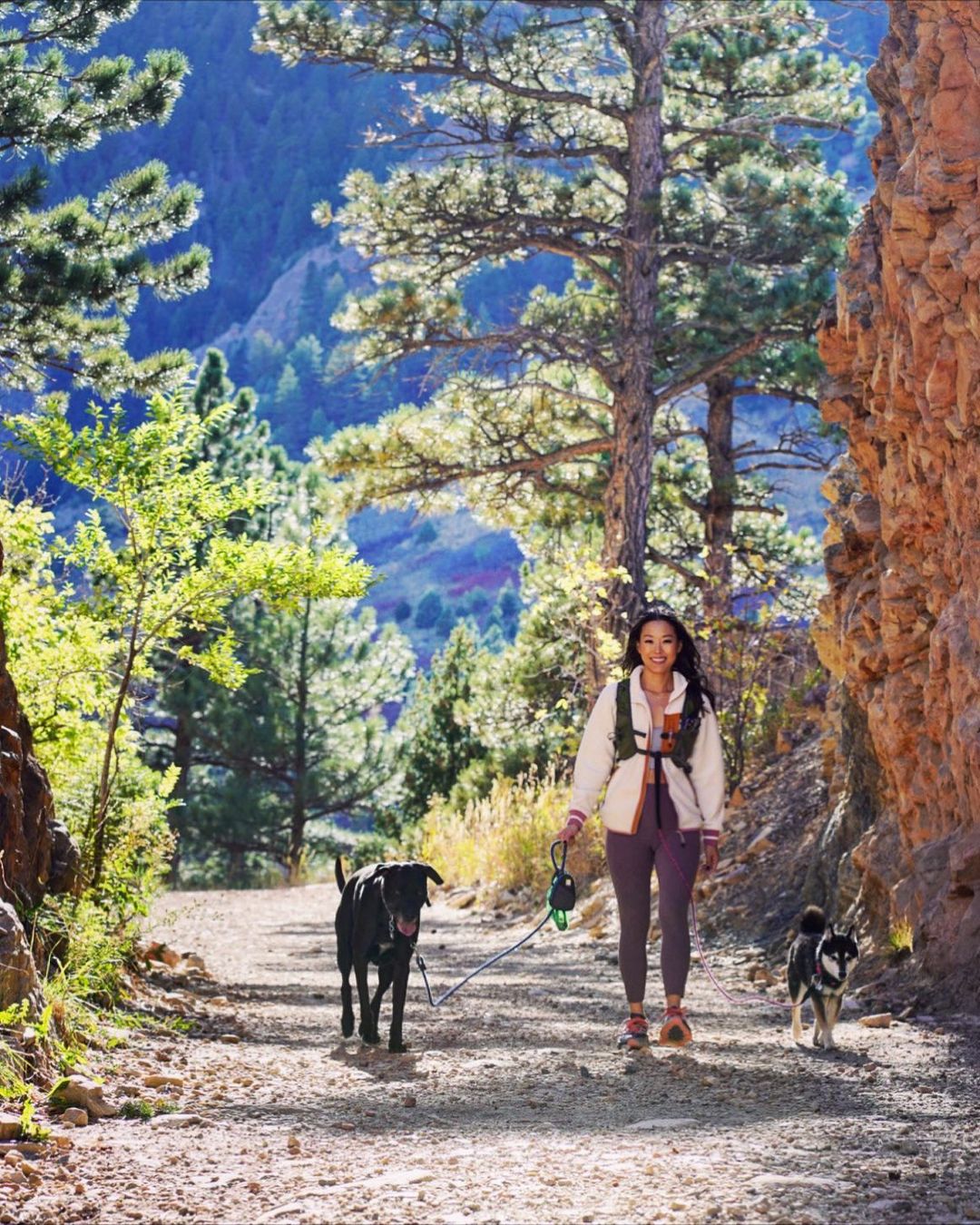 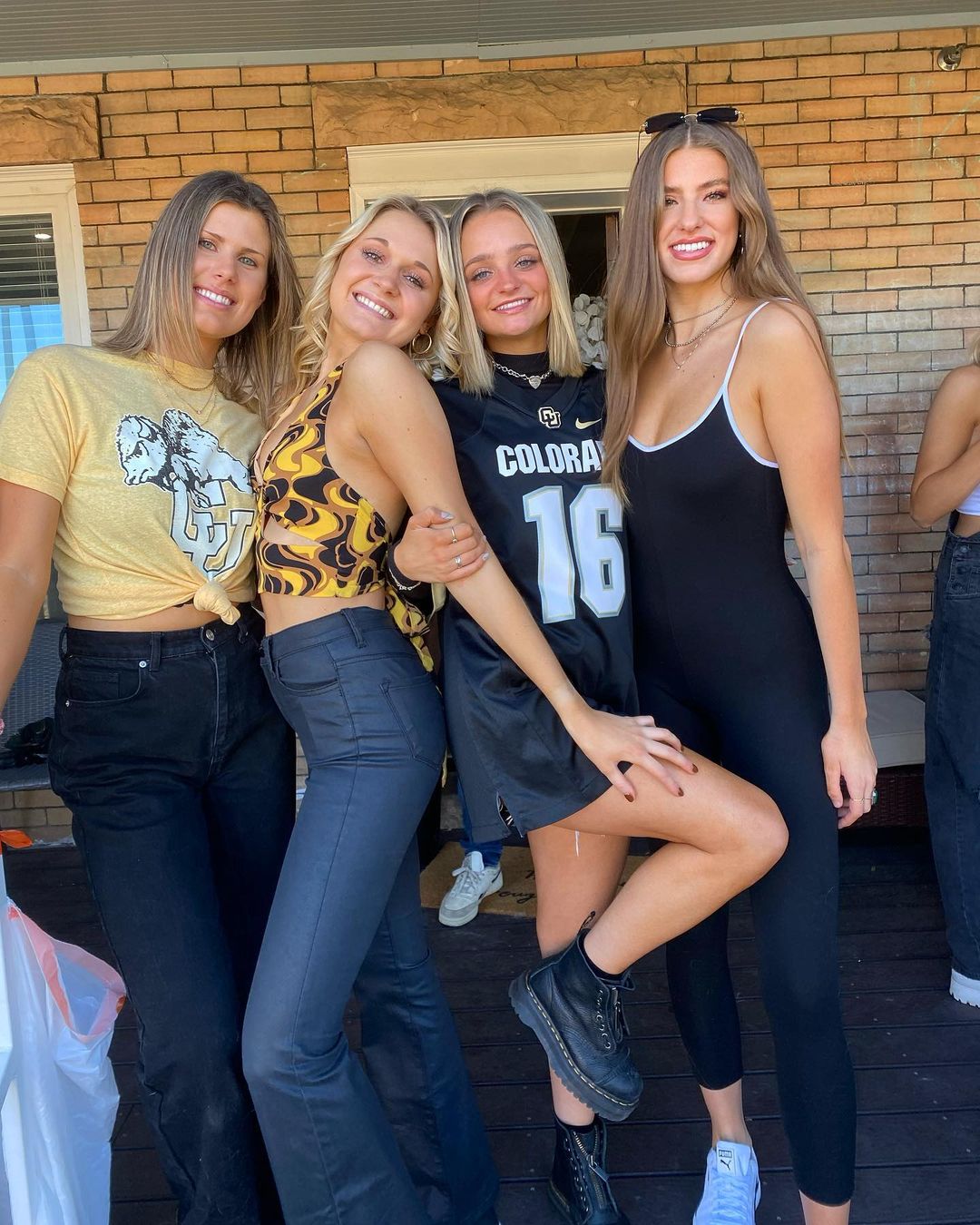 Gadsden, Alabama, USA. Small town. Confederate flag hanging from many of the homes. Not much to do out here besides fish and eat catfish. Cute red-neck girls out here due to a couple of smaller community colleges in the area. Lots of moms.

Live music is huge here. Just about every bar and club has a cover of about $10. By far the best girls will be found at a cool, hip lounge called Twisted at 504 Broad Street. You would never think a place this nice would be in the middle of Gadsden, Alabama, but it is and the girls LOVE IT. Go get 'em, Tiger.

The Chestnut Saloon has live music and cute country girls drinking at the bar, but it's loud and hard to talk at times. Dr. Feel Goodz is another place to meet the older single mother type ladies if that's your vibe. However, the club does tend to redeem itself with the jello wrestling contests. Another place to meet older single mother types is a tiny country bar with a big attitude, the Wagon Wheel. After hours, there is After Life, a members-only dance club open until 5am.

Geez us…  There are some beautiful, corn-fed, white women our here in the American heart land.  Stay at the Hyatt Hotel, if you can.  It's pretty and new and has a decent bar for a hotel chain.  Besides-- it’s the nicest hotel in town and adjacent to downtown-- like within walking distance.  Swade’s is a nice classy club—on Fridays it's Latino night and on Saturdays it'ss hip hop night.

Heroes is a huge relatively new hot spot in town.  Avoid Indigo—unless you like fat, tatted up dark skinned girls with stretch marks, gold teeth and fake hair.  For the complete opposite experience, check out Doc Howard’s on a Thursday night.  That is whenever the University of Kansas girls are out here in force.  Rock Chalk Jay Hawk, baby!

Orlando is a kid's paradise with Disney World, Sea World, MGM Studios, Universal Studios, and Epcot Center all located here. It's a great place to go if you're a teenager trying to meet other teens living their Disney dream.

Fortunately, there are also plenty of good-looking Florida natives who work in all of these places during the summer. Epcot Center is my personal favorite because Disney flies in beautiful foreign girls to work its international pavilions in an effort to give Epcot's "world showcase" an atmosphere of authenticity.

Church Street Station is the place to be for weekend nighttime revelry. Makos is my absolute favorite. The beautiful bartenders, shot girls, beer tub girls, and swing girls are so fine. There's constant churn at this place; you hardly ever see the same girls month to month. Awesome. Bring you’re A-game: these girls get hit on constantly, so do something to set yourself apart.

For the regular girls, Chillers and Lattitudes right next door are good. Suite B is a cool lounge. If you want young, hip, pierced, and tattooed, head to Back Booth.

Even on non-weekend nights, you can usually find something going on in Downtown Orlando off of Church Street and Orange Ave. Follow the noise and the crowd and have a good time.

The University of Central Florida is here and the typical Thursday night is good by the university at places like Knight Club, Library and Scoop. There you will find all the beautiful Florida college coeds but be warned: these bars are very cliquey.  Don’t be a pussy and roll-up. The Wing House by the university is also really good mostly during the school year, where most of the hot college girls will work for easy tips off of the patrons that worship them. The Hooters by the Orlando airport is usually good as well.

In the land of Disney, the strip clubs are pretty terrible. But in nearby Altamonte, Rachels is pretty decent. There you will find beautiful girls to hit on almost every day of the week.

Also close to Orlando is Lake Mary, Florida. The Tilted Kilt (yet another Hooters knock-off) has some beautiful waitresses. Like I keep saying - learn to hit on the help.

This is the preferred destination for spring break for the VERY young man - I’m talking high school students - especially around Barefoot Landing. Broadway is full of cheesy beach town stores and restaurants. It reminds me of the Jersey Shore a little bit.

For a more grown-up scene, try the Kryptonite (K Club) or the Tunnel on Friday and Saturday nights, or the Boat House early on Sundays in the summertime. The boaters and their hot wives, girlfriends, and daughters will be there late afternoon to late evening.

The best place to bring a date for an impressive dinner is Legrands - great wine list, food, and service.

There is a decent Hooters here and a few good strip clubs in this town: the Penthouse and Doll House have the hottest girls. All the same rules of hitting on strippers and the help apply here in Myrtle Beach, SC.

Chicago is a guy's town. Bars here tend to be full of guys who sit around, drink beer and talk about women and sports. But there are places to meet girls if you know where to look.

The good thing about this place is that many of the good-looking women from the Midwest come here to live, work and go to school, because it really is the only reasonably international, cosmopolitan city in this area of the country.

The bad thing about Chicago is that it is colder than hell. Winds coming from Canada sweep across the freezing water of the Great Lakes into Chicago and hence the city's epithet, the "windy city".

The weather may be cold and rainy, but the women are warm and friendly. The only place I have ever been where girls came up to me in the bar and sat down with a pitcher of beer and asked me to have a drink with them! If you are here in the summer when it is finally warm outside, you will find numerous outdoor festivals where you can try your luck with the mid-Western girls who are happy to be out socializing after the long winter has subsided.

At night the places to be here are Rush and Division Streets, Bucktown, and the North Side for the bars and clubs. The Chicago social scene is similar to Philadelphia's in that it is very competitive, so step it up!

My favorite places are Delilah's on North Lincoln Ave, the Big Nasty on Lincoln Ave, El Jardin's on North Clark Street, The Hang Uppe on West Elm Street, Clubby Bear on West Addison, the Baja Beach Club on East 3rd Street, Kincaids, the Shelter on Fulton, the Wild Hare on Clark and Butch McGuire's on Division Street. If you are in town while a football or baseball game is going on and you don't have tickets for the game, check out the Bull and Bear-- a sports bar aptly named for the local sports teams which they support.

For you outdoor-lovin' guys in search of some outdoor-lovin' girls, head to Colorado. Denver sits a mile above sea level in the shadow of the Rocky Mountains, so the alcohol you drink may have a more pronounced effect when you are first exposed to the atmosphere up here. The air is as thin as the women, as Colorado is the "most fit" state in the US.

The girls here tend to have great attitudes, eat right, work out constantly and really care about their bodies. There are also a lot of Native American and Mexican women up here, many of whom are partially of Scandinavian descent, which makes for some beautiful women that call this area home.

The best places to hang out in Denver on the weekend when in search of the few local girls that you can't find in the mountains are the I Beam on Larimer Street, Wynkoop, the Chophouse, Enotaca, and Catacombs on 13th and Spruce.

The best strip club in the city is probably Cheerleaders. Just try to avoid a confrontation with that 6'5" biker with an attitude blowing smoke in your face. Avoid the "Cheerleader Beer" that is made on the premises and which comes in blonde, brunette, or red-head flavors, unless you want to puke up the elk and buffalo you had for dinner.