Washington DC is of course the capital of the United States of America, a big college town, and the city where even the President can get some, whenever he wants it. There are tons of international chicks here thanks to all the foreign embassies, which add some variety to the local mix. Consequently DC rivals New York for boasting the most international residents on the East Coast. The city is divided into four zones. If you don't want to get shot, stabbed, mugged, or do crack and run for Mayor, stick to the safe and fun-filled Northwest area of town. There is a good amount of YP here in DC. owing to the many universities in the area, such as Georgetown University, George Washington University, The University of Maryland and especially Northern Virginia Community College (NoVa for short) just South of D.C. in Annadale, Virginia. Check them out during the day. Most of the action is on M Street starting from around Wisconsin Ave heading East to Connecticut Ave. Third Edition on Winconsin along with Garret' and LuLu's on M Street, The Sports Bar***, Decades on 9th and E, and the Mad Hatter*** are usually good, as are the clubs in the "golden triangle". The best titty bar in the city is Camelots on M Street. The hottest dance club is Tracks on the corner of 1st and M Streets. But be careful. It's gay on some nights, so unless you want to be doing the Macarana with Bubba and friends, I suggest you ask ahead of time. Fifth Column on F Street, the Insect Club on E Street and the Z Club on Z Alley and the Spy Club on 15th Street are also excellent. These are the bars with the South American chicas, who really like to dance. Adams Morgan is a very international neighborhood with plenty of bars and restaurants in which to party, but the ratio tends to be poor. Check out Club Heaven and Hell on 18th Street for cheesy 80's dancing and horny 20-something girls. Head to the cafes and clubs on the Harbor for post-collegiate beauties who are looking for a man with a future. Try Sequoia, if you want to land a gold-digger and don't mind sharing a bar with Euro-fag assholes who pull up to the harbor in their daddy's yacht. You might expect all the YP to leave town, when school lets out for the summertime. Think again. The city is packed with senatorial want-to-be's interning on Capitol Hill for their congressman or some federal agency. And if fat, 60 year-old senators successfully hook up with these bright-eyed naive patriots, you should have no problem. There are plenty Of intern parties also, usually thrown by students from a particular school who are rooming together in a house North of M street in Georgetown ("the G-spot"). Word gets around pretty fast and these parties can be a blast. The Fourth of July in Washington, DC kicks ass with a huge party on the "mall", the big green lawn in the shadow of the Washington Monument. In nearby Reston Virginia, the place to be is Market Street. Clydes, Tap Room, Pizzaria Uno, and shops like BeBe are the places to find the Y. 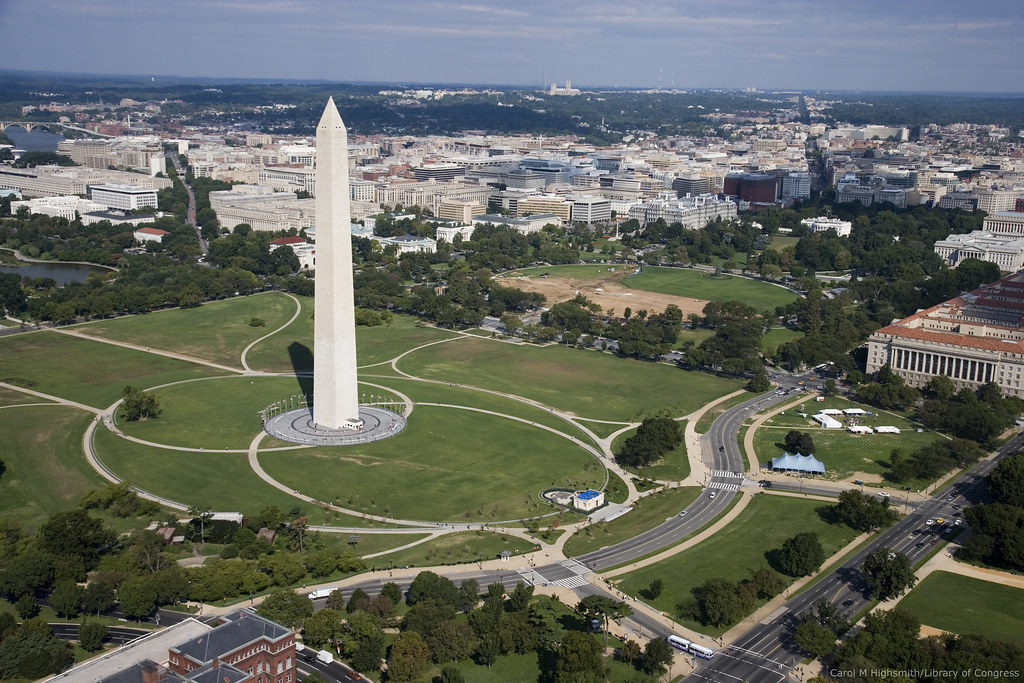 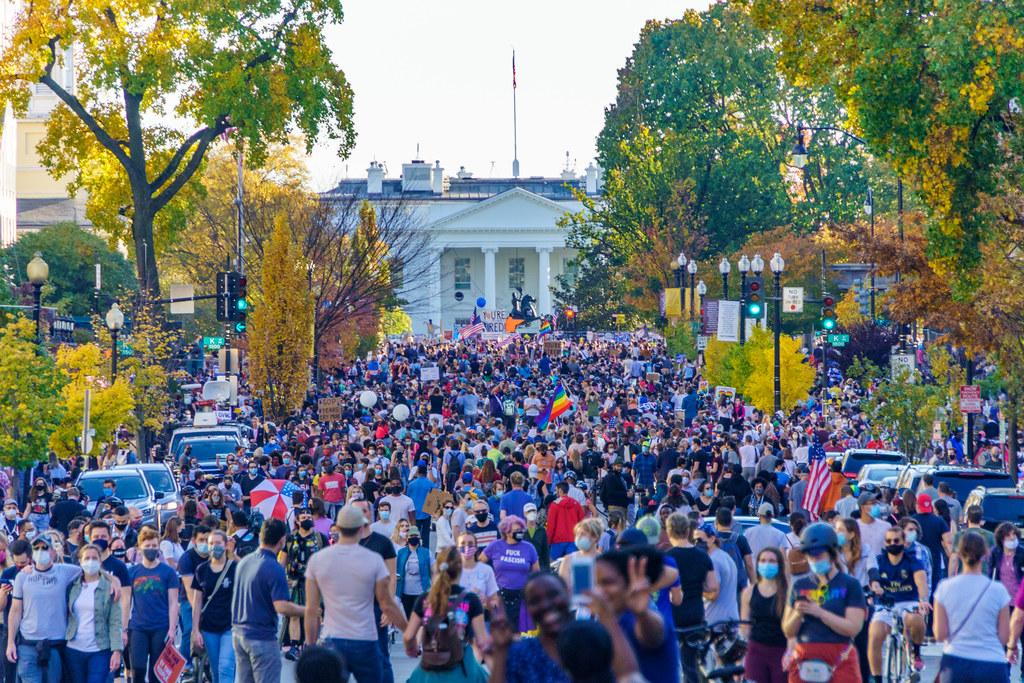 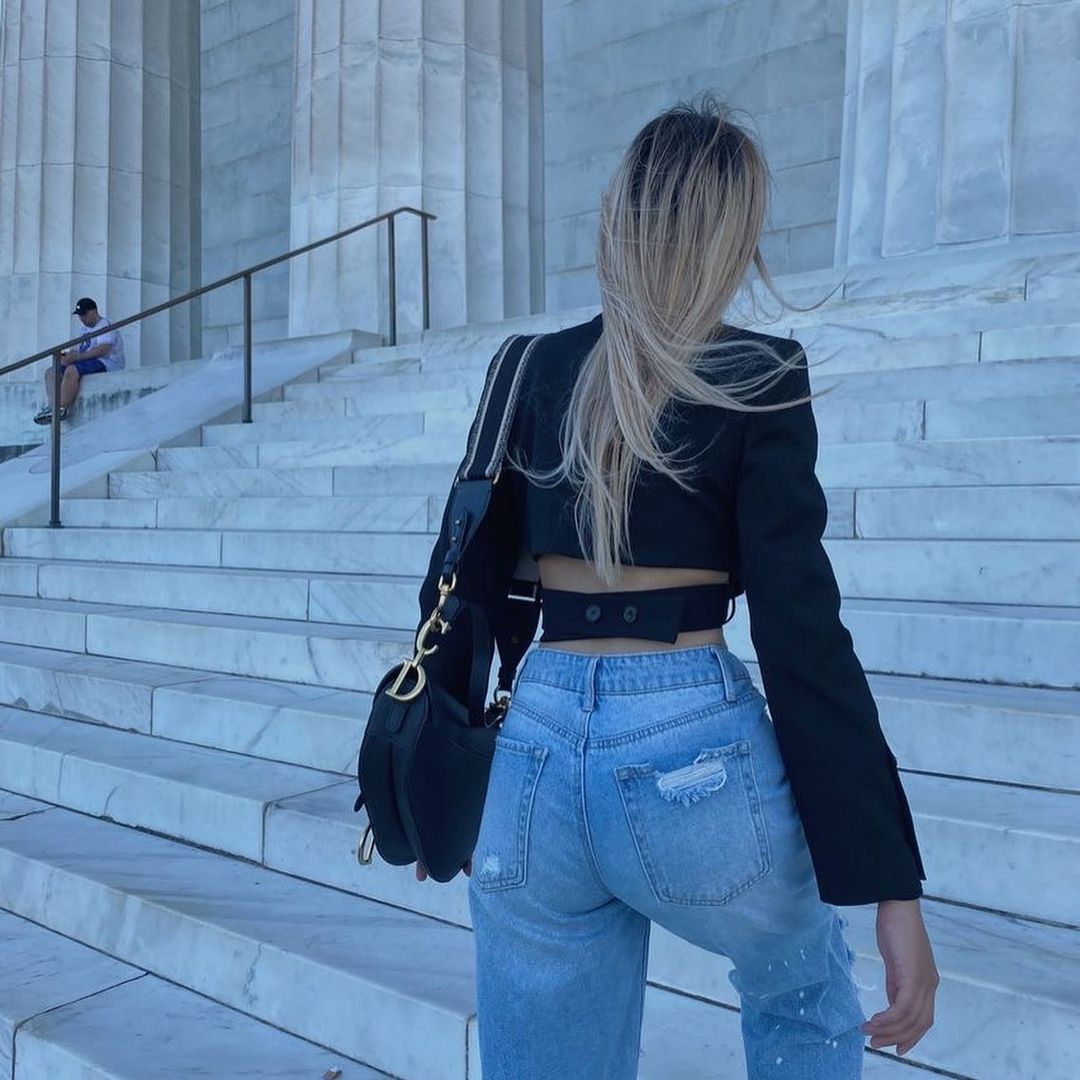 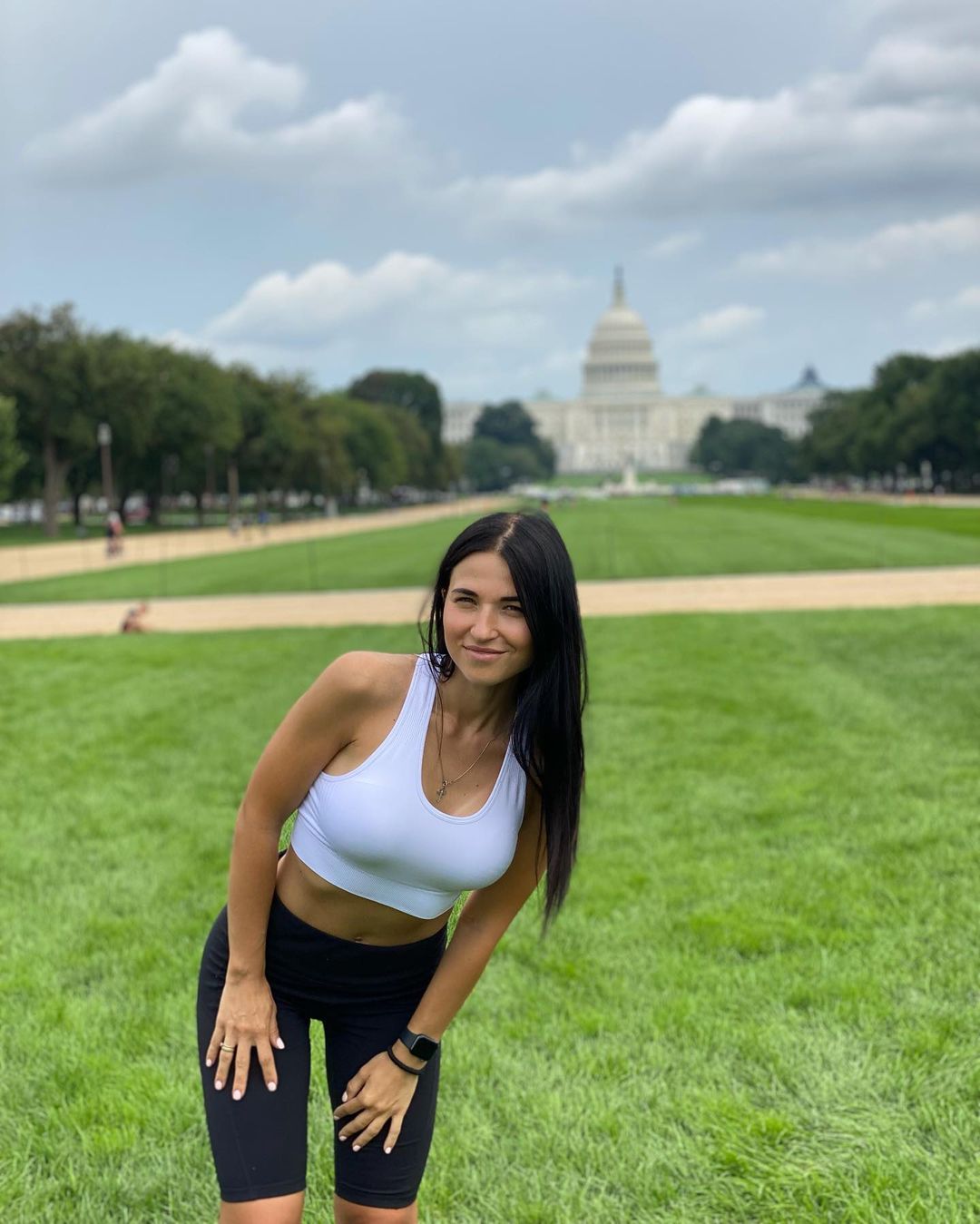 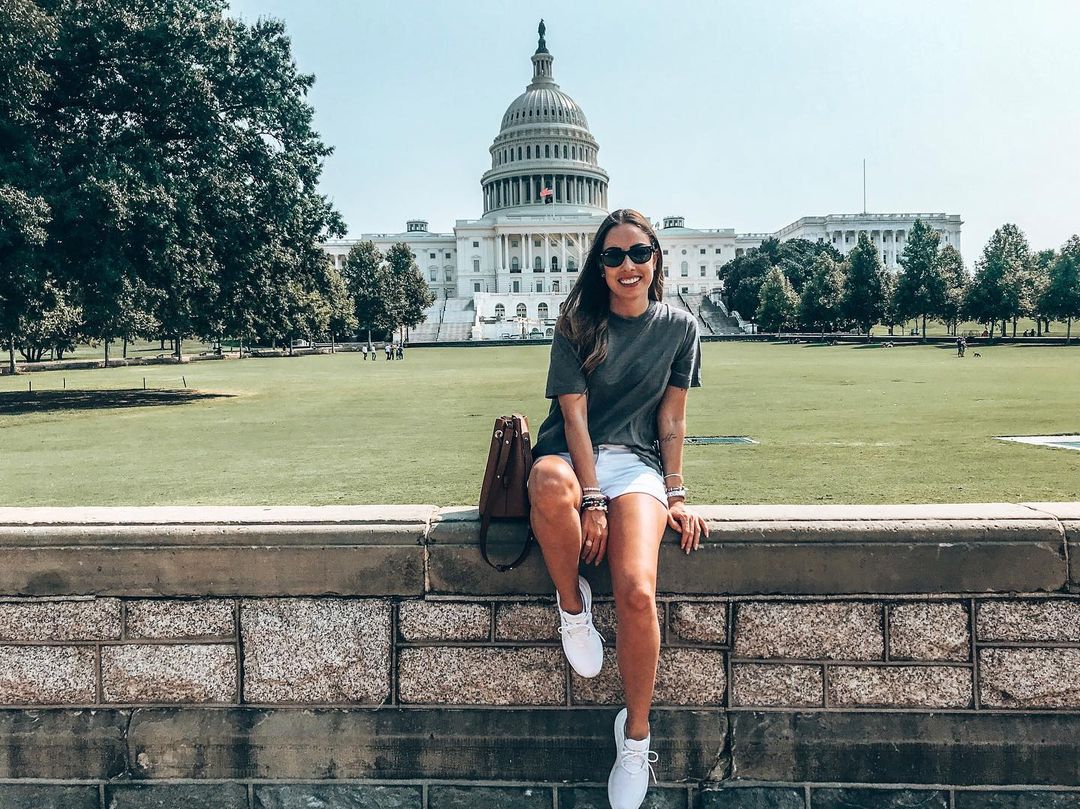 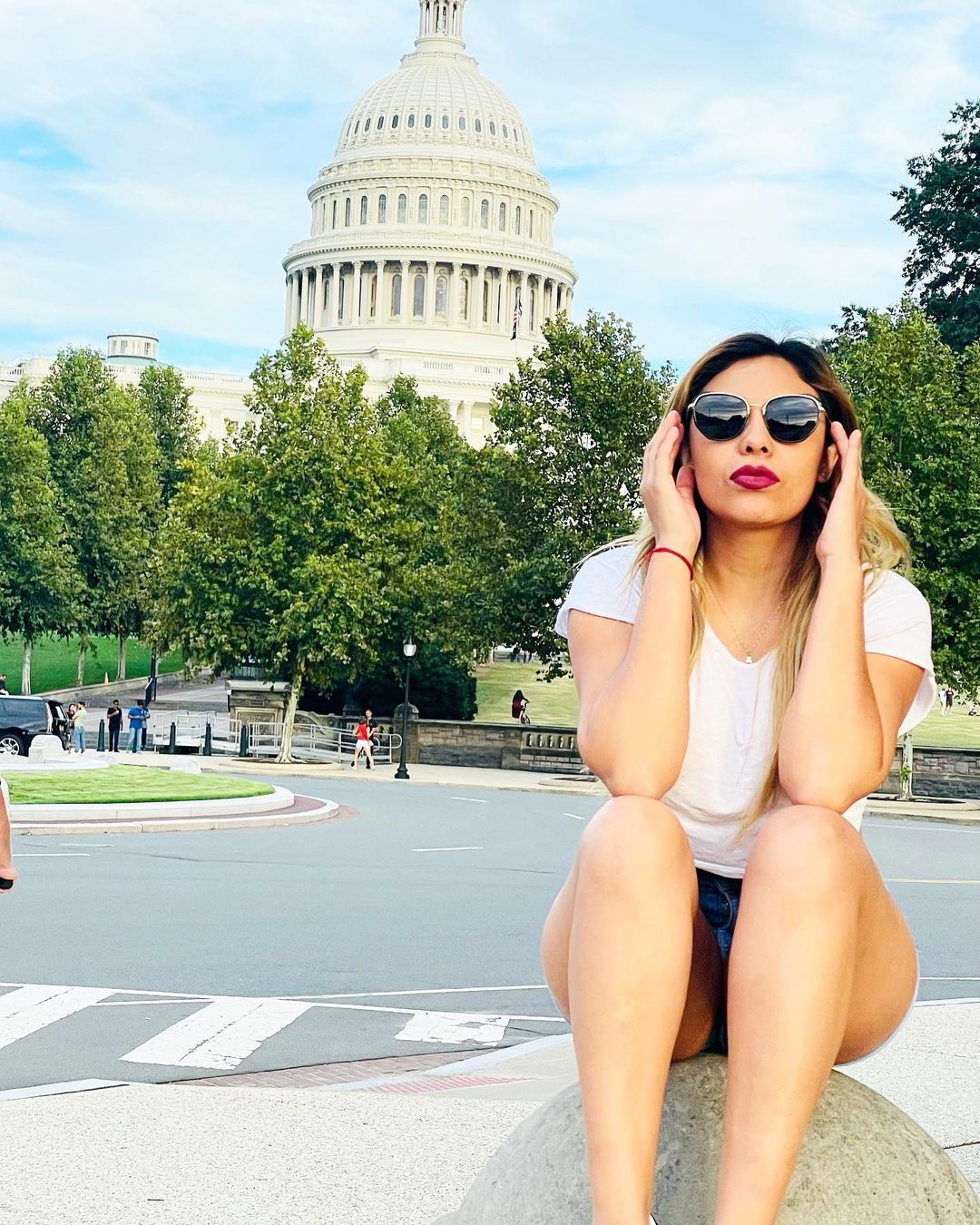 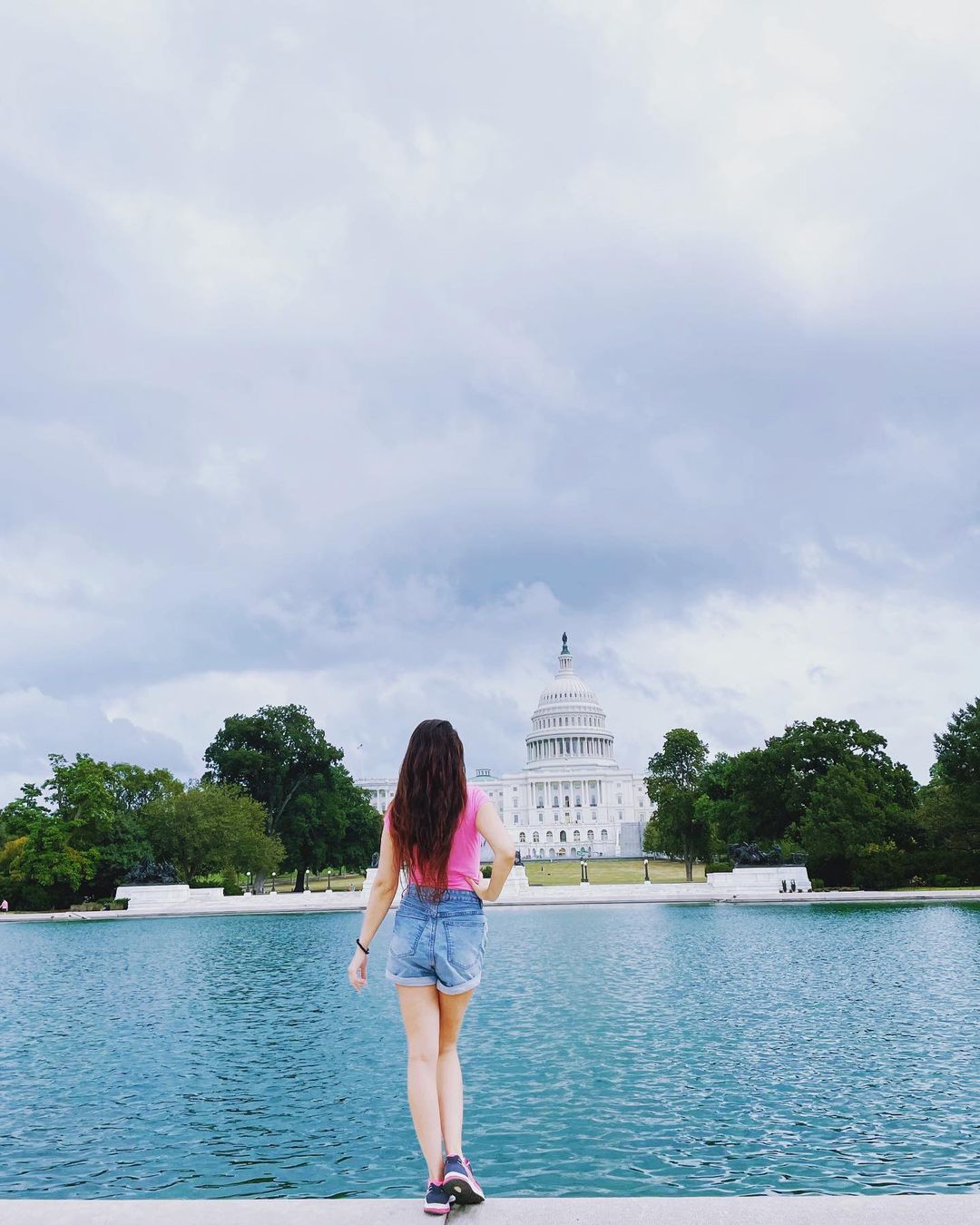 Palm Springs is the big spring break hangout in California. It's out in the middle of nowhere, but it's fun as hell. There obviously aren't any beaches, but they have something almost as good: beautiful girls poolside.

The hotels here are huge and offer spring break packages at special discounts. It's very easy to meet chicks who are staying at your hotel because it's really obvious who the students are and who the older, rich folk are.

The main street downtown is packed on nights when spring breakers are in town. The crowd is much smaller and much less hedonistic than other spring break spots, but there are beautiful women. Most of the female students who come here to party tend to be of the wealthy, stuck-up, LA variety.

Atlantic City is great in the summertime when the mostly Italian residents of nearby Philadelphia head over here on the weekends to sunbathe on the beach during the day and party at night. The beaches aren't that great, but who cares.

The casinos here are as good as in Vegas or Monaco, and are usually full of beautiful people. Donald Trump and the Italian Mafia run all of them. Check out Trump's former jewel, the Hard Rock Hotel & Casino (previously known as then Taj Mahal), and play some blackjack. If you don't win, at least you'll drink for free and hopefully get some comps to ease the hurt of losing some potential party money.

The two best clubs here on the summer weekends are by far Boogie Nights on Boardwalk and The Pool After Dark just outside the city. They are more or less like the clubs in Philadelphia, just with freshly tanned bodies in less clothing.

Be careful with the cops in this town, they are unpredictable at times and will hassle you for seemingly no good reason. Apparently, nobody has bothered to tell them that they're patrolling the Sodom and Gomorrah of the East Coast, replete with hookers, pimps, gangsters, and muggers. But God forbid you toss the last bite of your hot dog on the Boardwalk. Just be careful, or you'll be wishing you had a Monopoly "Get out of Jail Free" card.

New Orleans, Louisiana and the famed Mardi Gras celebration which happens the three weeks preceding the Lenten season in February is usually near the top of any world travelers itinerary. During the last week of Mardi Gras festivities, the city is absolutely packed. There are parades every day and drinking and merry-making all night, every night.

The recipe for having a great time at Mardi Gras is to take a bunch of your good buddies, find some hot girls, add alcohol, plastic beads, and, Voila! So what if most of the girls here aren't the most beautiful, it's worth going to Mardi Gras for the pure entertainment value of trying to see just how much you can get away with. You won't sleep, so expect an upper respiratory infection. You will hook up, so expect other types of infections if you aren't careful.

If your idea of a good time is drinking with a bunch of other guys and hitting on mostly unattractive women who like to show off their bodies, stick their tongues down your throat or get frisky for plastic beads, you're going to have a blast. Yes, big, colorful beads possessed by the revelers at Mardi Gras are to be given in exchange for all sorts of favors. If a girl likes your beads (or you, more importantly), she'll ask you what she has to do to get some of them. Or better yet, find someone you like and ask her what she's willing to do for some beads. You can ask her to do anything you want. Use your imagination.

City officials promptly put a stop to the madness at 12:00 midnight on Fat Tuesday, so don't bother staying one minute longer than that, unless you got lucky and met one of the few beautiful girls to be found in Louisiana.

A word to the wise; Be careful. Remember that New Orleans is the city where the police get busted for dealing drugs and putting contracts out on witnesses, so you can imagine what the bad guys are like.

If you visit New Orleans at any time other than Mardi Gras, which is held the three weeks before Ash Wednesday and the Lenten season every year, head down to the French Quarter for some decent food before heading to Texas and points further west. The women here aren't the most attractive, but at least they can cook.

Pat Obrien's on Saint Peter Street, Cooter's on Carrolton Ave, the Maple Leaf on Oak Street, and Miss Mae's on Magazine Street are decent bars, whenever you may visit.

The best strip club is the Gold Cup on Iberville.

Surprisingly, the University of Texas at San Antonio has some beautiful women.

The best clubs here are places like Kennedy’s, Boston Bar, Boggies, Chicago Bar, and Highlander. It's only worth going on the weekends.

The big kicker bar is Cowboys and is good on the weekends. It's enormous, so check it out because it will probably be packed.

If you are downtown by the River Front, try the Langer, Rebar, Rev Room, and Zen Bar.

Hands down the best strip club here is The Palace. The waitresses and dancers are fantastic. The Hooters on Wurzback is easily the best in San Antonio and probably in Texas. Bikinis is a bar where, well, the girls serve you in bikinis, and it's right around the corner from the Hooters. Fox and the Hound and Flying Saucer will occasionally have some cute waitresses. You never know. Two places you can always count on for hot waitresses are Rebar and The Hanger off of Broadway. Really gorgeous girls.

The girls in this town tend to keep their boyfriends for years; only God knows why. What that means for you is that it's tough to find a single attractive woman in this town. Most of the great ones are taken unless you find a needle in a haystack.

Now you know that I love college towns, and there are two good ones just a few miles of each other—Washington State University in Pullman and the University of Idaho just across the border in Moscow, Idaho. If you ever find yourself out in the Walla Walla wine country in eastern WA or in Spokane, WA, head down to Pullman on a Thursday, Friday or Saturday. The college girls are over there - that is if you are caucasian under 25. If you’re not, this will be a tough gig.

Mikes (formerly known as Stubblefields) up on campus is always good during the school year, as well as Beaches over in Moscow.

San Marcos, Texas, Home of Texas State University. This used to be a teaching college back in the day, with an obviously disproportionately high female student population. Now it's a big-time party school with their own football team and a downtown square that may soon rival their Austin neighbors.

Bar 141 above Bar Fish is a crazy fun dance club full of TSU girls. Harbors, Shaun Patricks, Zelios, Taxis, Showdown, Vodka Street, Tap Room, and Treff's Tavern are all good from Thursday through Saturday night. Hopefully, you'll find a gaggle of sorority girls all dressed to the nines and you can work your best game.

I once went to visit my buddy here when he attended TSU as a freshman. I walked into his room and he was playing video games. Through the half-open door, I saw half-naked coeds prancing around the hallways and I just about fell over. "Are you insane?" I asked him - get your ass out there! as I smashed the video consul on the floor. Needless to say, that boy got an education that day!